I want to introduce you to Silouan Sautter from the blog http://wordsinsidemysoul.wordpress.com/ .
He submitted this short story to my call out for guest bloggers.
I really hope you enjoy this read as much as I do!
I was captivated by his story! 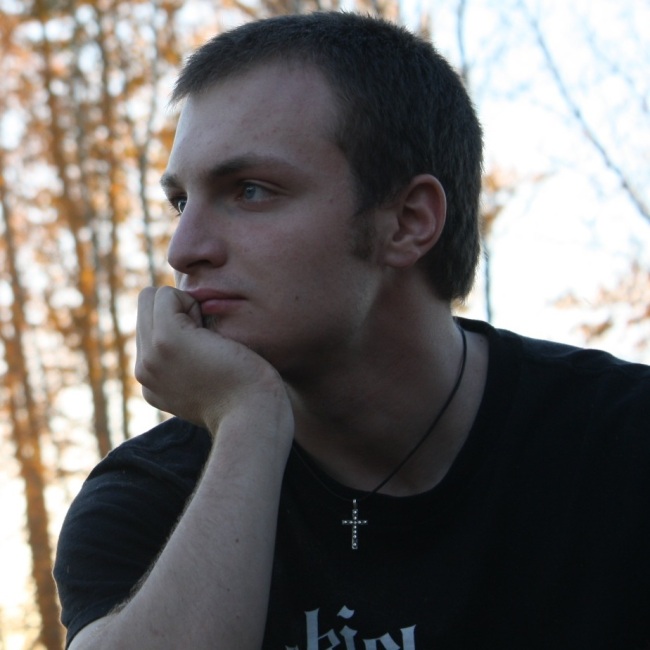 He sat in the shade of a great log, fallen beside the road. Hooded, with his cloak spread around him, he seemed a statue in the shade of the log. He had not stirred for some time. The sun infused the noisome swamp mists with a hazy golden light. Insects hummed and chirped. Leaves drifted lazily on the slow breezes. Time slowed to an unbearable crawl. Under his hood the young fighter smiled. The demon was strong.

For that was why he was here. He had heard the rumors. Rumors of a monster, a demon, that haunted the swamps of the southern plains. And among these rumors, he had heard the whispered pleas for help, the silent screams of desperation. So he had traveled, over many miles, to the swamps to see this demon.

The after noon crawled on. The sun inched through the sky, intent on scorching every foot of exposed earth. He closed his eyes and recalled the things he had heard of the demon. No two accounts agreed on all particulars. Descriptions of the demon ranged from a great, black, fiery-maned dog, to a shadow of terror, cloaked in fear and rottenness. Some said it was the swamp god, corrupted and tainted by the darkness, others believed it was a true demon, a hellspawn. Yet one thing in all stories was the same. If you saw it, you died. No one survived an encounter with this monster. Stories told of hearing the blood curdling shrieks of the dying, and finding the corpses, bellies gashed and eyes plucked out. He shook his head. The whispered pleas stirred in his heart again. Raising his eyes, the fighter looked at the sun. It was still only late noon. Turning slightly, he looked into the swamps. The shadows seemed to beckon him. He looked away again.

Hours passed. Motionless he sat. Shadows crept long across the land. At last the fighter stood. Shouldering his belongings, he began toward the swamps with slow, steady steps. The twisted trees reached out to embrace him with tender, hungry eagerness.

It was warm among the trees, and sleepy. If it did not stink so bad, one might curl up and sleep away a lifetime. The young fighter pulled the light silk scarf over his face, and breathed deeply of the herbs crushed therein. His head cleared. Slow and steady still were his steps. A long time he walked. Following no path, but picking his way along logs and from stone to stone. He seemed at home among the bogs and sucking mud.

At midnight, he was picking his way through a boulder field at the foot of a sloping hill. The moon was waxing, not quite full, but still bright. That was when the screaming started. In the trees, among the stones, from under the earth: horrendous hellish screaming. Shapes flitted across the hill and in the trees all around him. He loosed his sword in the sheath. The boulder field turned into an ancient road, leading around and up into the hills. He followed it. And the shapes followed him.

At the top of the hill he surveyed all the swamp around him. Twisted demon trees and black boulders. Then the hair on his neck began to crawl. Whirling around he faced the coming fear. But there was nothing. The screams grew louder. More and more shapes raced and flitted in the forest. Fear began to eat at the heart of the young fighter. He steadied himself and waited. Nothing. “Show yourself!” he shouted.

“And what do you wish to see?” whispered a voice older than time and deeper than the great ocean. “A ghost? A shade? A dog perhaps?” a great canine leapt from the darkness, slavering jaws wide to tear. The young fighter’s sword hissed from the sheath and rent the air. It was an illusion. The voice laughed “You will see whatever your fear wishes to see!” it roared. And as it did so, a shape of pure horror exploded in the traveler’s face. He reeled back and dropped to his knees.

Now it was in his head, this horror. The line between waking fear and nightmare had been destroyed. He saw hell. His mind felt a like all the void was trying to force itself into his being. His body was falling apart. Looking at his hands he saw they were rotting off, long strips of greenish black flesh hung from the bones. A sickly fire ate through his belly. He screamed, and the demon laughed.  “You should not have strayed into my domain.” it said, in a fell voice.

“Actually” gasped the fighter, foolishly “I was looking for you.”

This seemed to amuse the demon. “Well, you should not have come alone. But no matter, there is no army of men that could withstand my wrath.

He was broken. Over matched. He began to sink to the ground. His soul began to push out of his body, he gasped trying to hold it in. Then it went black.

From deep inside him a memory stirred. His grandmother singing. A song that she had often sung when he was young. As song against the terror and darkness of the night. She had known only one verse, but she had sung it every night that he could remember. It gasped now from his cracked lips. The darkness trembled and shrank away. The demon howled, stooping to crush the fighter. Two men appeared in the mind of a the fighter, an old man with matted beard and hair, and blind warrior. “You should not fight demons alone.” the old man rebuked him. They stretched out their hands to him. The young fighter grabbed them.

His sword sang in the night again. This time it bit and it bit deep. Two fingers from the hand of the demon fell twitching to the earth. The shadow reared back and tightened. It became a monstrous snake, coiled and ready to strike. The fighter laughed shakily rising to his feet. “I need no army, but I am not alone. Come and die, beast of hell!”. A defiant roar. The snake struck and the fighter leapt to meet it, sword flashing, scattering the shadows. Again it bit deep. And the snake turned a great vulture, stooping and pecking. But the fighter was steadfast, with every clash his strength returned. With a shriek the great bird writhed and twisted. It became long and dark. Bigger and stronger. A dragon like none the earth had ever seen. Great and foul, it’s wings blotted out the stars and rained down stinking acid. Reaching deep inside, it called forth a blast of hell fire. Covering his face with his cloak, the fighter leaped to meet the flame with a deep yell, and plunged his blade deep into the demon’s jaws.

The demon screamed in agony, choking on it’s black blood. It tore the swamps apart in it’s death  convulsions. The demon erupted into flame, and all the trees round about were crowned with fire. As if to show utter disdain, the skies began to pour down rain, and quench the fires.

The fighter stood up from the ground. He was weary, but stronger now. He smiled grimly, looking at the body of his fallen foe. Slowly he picked his way over the battlefield to retrieve his weapon. The blade was warped and twisted from the heat. The handle had been burned off the haft. Chuckling he stooped to pick it up reaching down with his left hand. For his right hand was withered and dead. The price paid for striking down an arch daemon. Raising his face into the sky, he let the rain soak his face and hair.

Stories tell of a hill deep in the swamp, burned and shattered by combat, and of a great demon that once haunted the bogs and fens. They speak of a night in summer when from afar it seemed that hell had opened it’s mouth and belched forth fear and fire. The stories all differ from one another, no one is sure what happened exactly. But one thing is the same in all the stories, atop the shattered hill buried in a great boulder is a twisted and misshapen sword. The sword that slew the demon. And when he hears these stories, the young left-handed warrior with a shriveled right hand, he smiles and says nothing. But in his heart, his grandmother’s song sings.

“In the darkness walk the demons,

In the shadow and fear of night.

Yet we fear them not,

We children of light and power.

My name is Silouan Sautter
I blog at: http://wordsinsidemysoul.wordpress.com/
My name is Sil. I am a twenty year old youth, bent on becoming a man. I seek out challenge, whether in art or life, to force myself to confront my weaknesses and grow up. I love finding beauty and joy in life. In the smallest of things, as much as in the majestic. When I find it, I will fight for it, or at least give of myself to protect it. Above all, I struggle to better myself.
Ever since I was a little boy, lying on the couch, listening to my dad read to me the high lore of middle earth, I have been fascinated by story-telling. So, I have grown up creating, trying to capture the worlds and visions in my head. My primary form is my art-work. I love drawing the beast and beings that populate my mind. Nonetheless, I eventually found I could also create these things with words. And I have been hooked ever since. Most important to me is that my stories are worth telling.

I want to share my thoughts and ideas with the world through writing. So I will Blog about my journey towards becoming a published, read author/writer/blogger, while sharing my self, my musings, thoughts, books and poetry with you along the way. Hopefully together we can walk away from this journey enlightened and successful or in the very least, better acquainted.

The Vault Main Floor – My Book is on Sale 50% OFF It’s now $1.99 (That’s cheaper than a coffee people!) Click on the book cover image to find out more!

My blog has been visited...

Follow Writings of a Mrs on WordPress.com
Join 8,237 other subscribers

No more browning apples for lunch.

This is about a year or so too late for my gang, although I still cut up their apples after school because they prefer it that way and also because they do get wiggly teeth that make it hard to bite into apples. But I cannot be alone when I say; I have no idea […]

I thought you all might find this as helpful as I did!

MAKE AND TAKE THE TIME FOR THE RELATIONSHIPS THAT MATTER DON’T FORGET HOW AND WHERE ‘IT’ ALL STARTED…….